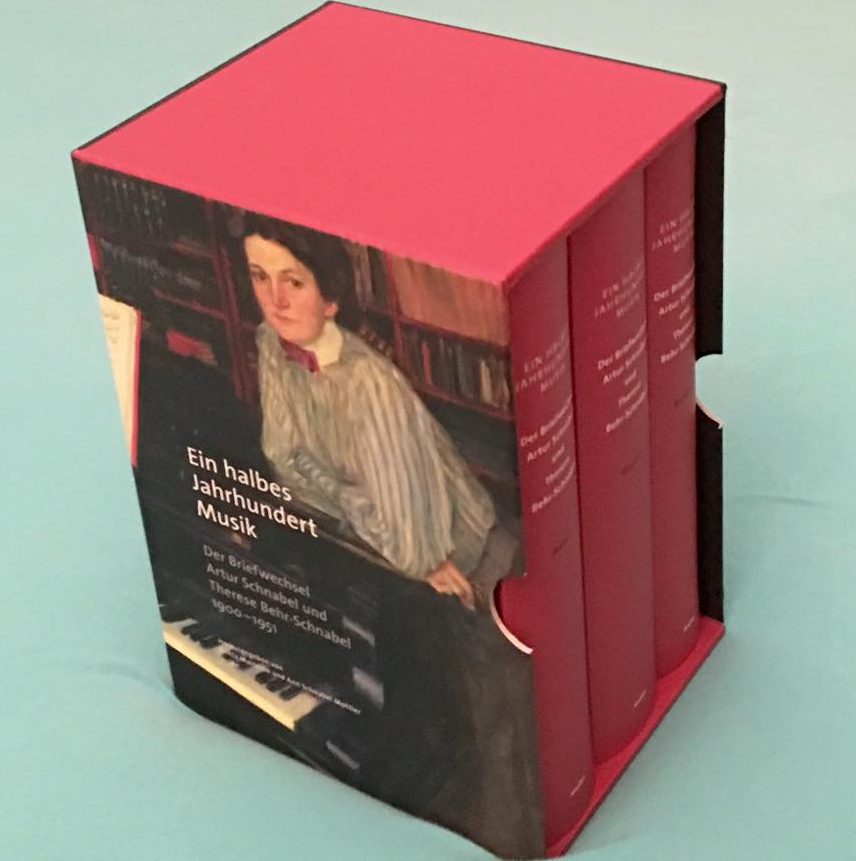 When Artur Schnabel moved to Berlin in 1900 he was barely eighteen years old and completely unknown.  He was hired by Therese Behr’s agent to accompany her at a concert in a small German town. By that time she was a sought after Lieder singer.  Therese was very impressed by Artur’s personality and playing, asked him to compose lieder for her, and so she started a collaboration with him that grew over the time.  From then on they corresponded regularly; first the notes exchanged were business only such as agreeing on rehearsal times.  Soon their meetings became more personal, they fell in love and got married in 1905.  As both were soon traveling the world they kept in touch with letters as, fortunately for us, the telephone was not yet ubiquitous.  Besides, both appear to have enjoyed writing letters. 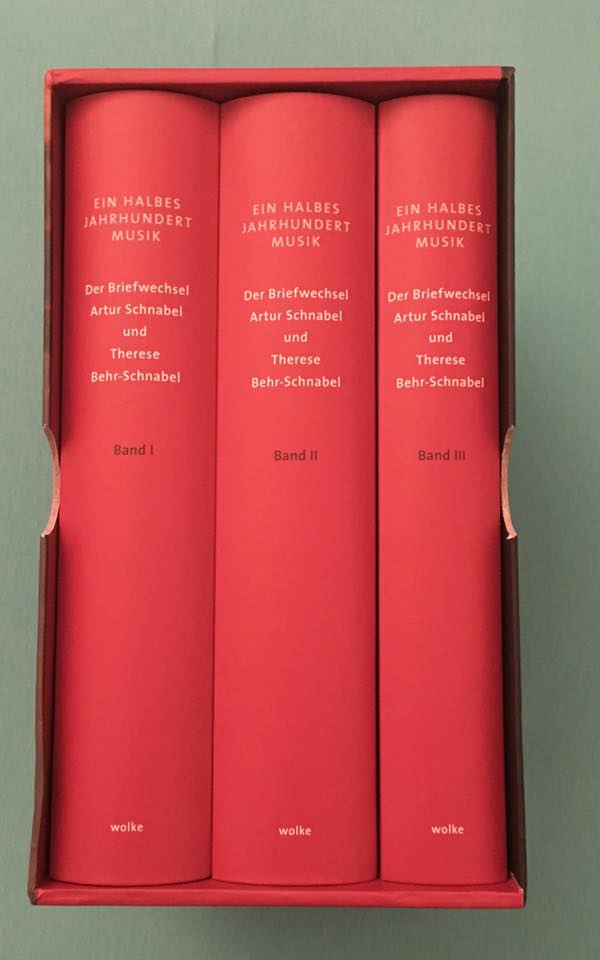 The correspondence presented in this edition covers the whole time from 1900 to 1951.  During this span Artur Schnabel rose from unknown accompanist to a world renowned soloist. On the political stage many events changed the face of the world we live in: the Great Depression – Nazi Germany and World War II with the exodus of the Schnabels to Italy, with long stays in England, and finally the USA. Especially during the war years, but also at other times, Artur and Therese did not travel separately.  In those periods Therese wrote about the couple’s life and experiences to their son Karl Ulrich Schnabel.  Since she wrote in the name of both, some of these letters are included in the edition, primarily to maintain an uninterrupted flow and account on the couple’s life.

The first two volumes of the three volume set contain the letters. The third volume contains extensive footnotes, a comprehensive register of referenced people, many with short biographies